How does fiber affect the response of melanoma patients to immunotherapy? 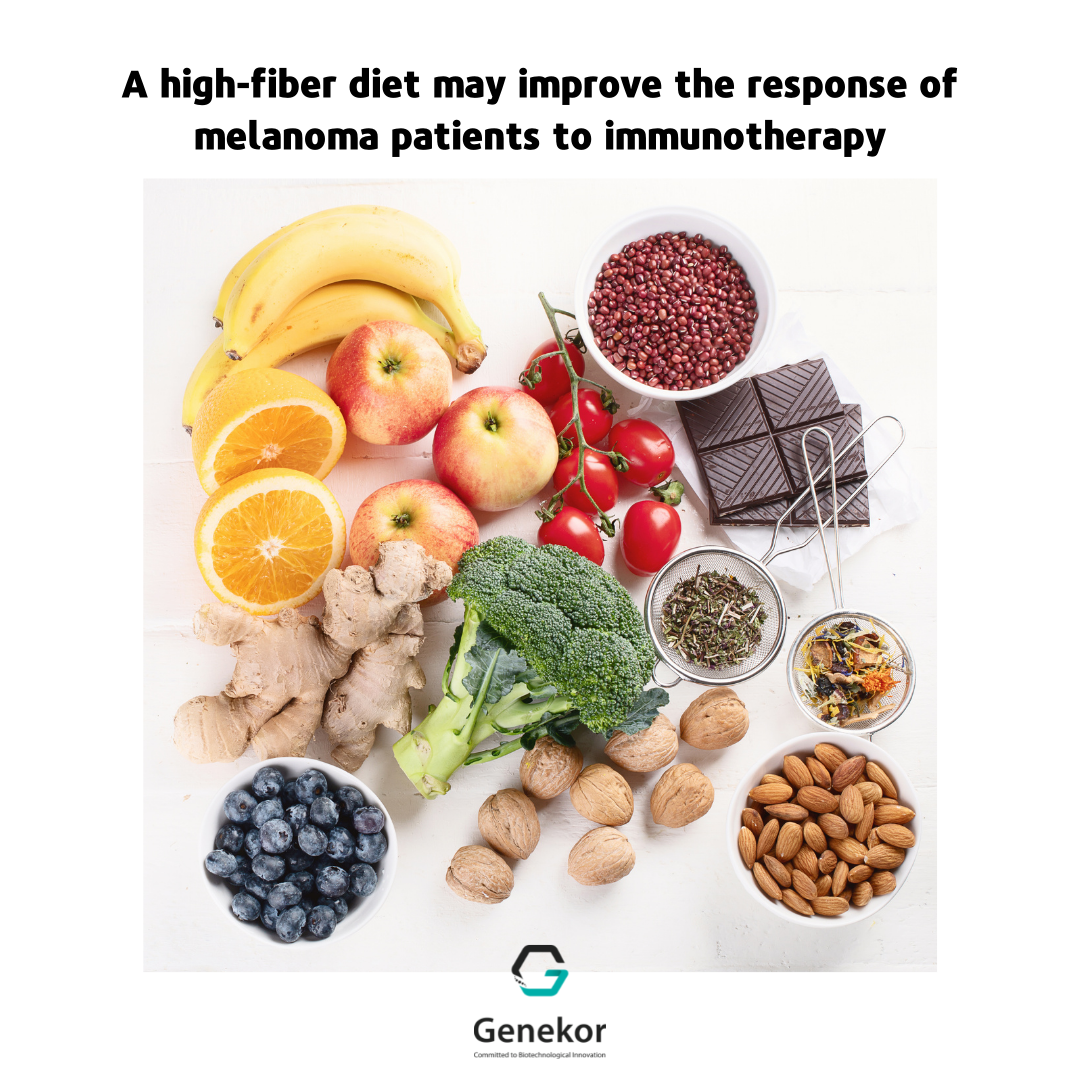 A diet rich in fiber may help some people being treated for melanoma respond to immunotherapy treatment by influencing the gut microbiome, according to a new study led by researchers at the Center for Cancer Research at the National Cancer Institute (NCI), part of the National Institutes of Health, and the University of Texas MD Anderson Cancer Center. Results from the study, which analyzed both people with melanoma and mouse models of the disease, appeared December 24, 2021, in Science.

Among patients with advanced melanoma who underwent immunotherapy with immune checkpoint blockers, those who consumed at least 20 grams a day of dietary fiber survived the longest without their disease progressing. In contrast, use of probiotic supplements appeared to lessen somewhat the effectiveness of immune checkpoint blocker regimens. Probiotics are live microorganisms typically consumed as a supplement to improve gut health.

“The data suggest that one can target the composition of the gut microbiota and affect the ability of the patient to respond to immunotherapy,” said Giorgio Trinchieri, M.D., chief of the Laboratory of Integrative Cancer Immunology in NCI’s Center for Cancer Research, one of the study’s co-leaders. “Consuming a diet rich in fiber, like fruits, vegetables, and legumes, could improve your ability to respond to immunotherapy.”

Immunotherapy with immune checkpoint blockers helps restore the immune system’s natural ability to recognize and kill tumor cells. These drugs have been transformative in melanoma, improving how long some people with advanced disease live, sometimes by years. However, for many patients, immune checkpoint blockers fail to stop their tumors from growing. Several studies have suggested that the composition of the bacteria in the gut may influence the response to immunotherapy.